I Know My First Name is Madeleine...

It may have escaped some, but Netflix are currently screening their hotly anticipated, although rather controversial, ‘The Disappearance of Madeleine McCann’ documentary.
A brief history: Madeleine McCann (aka Maddie) was a three-year-old British child reported missing on Thursday, May 3, 2007, while on holiday with her family (and close family friends) in Praia Da Luz, Portugal.
Though Maddie’s whereabouts are still unknown, over the years, there have been several reports of her being seen alive. Along with these, plenty of circulating talk of murder and political intrigue, police corruption, paedophile gangs, and out-of-place celebrity connections. All of this adding further to the confusion over what really happened in Portugal that night.
Despite these reports, rumours, and the myriad of theories, British Police are no closer to finding out what happened to the little girl or learning where she is today. It’s unknown whether Maddie is dead or alive. (I emphasize British, as the Portuguese Police in charge of the investigation at the time, came to their Occam's Razor conclusion in 2007, later to be refuted without further investigation thus closing the case until more evidence is produced, while Kate and Gerry McCann remain suspects/persons of interest).

On this close anniversary, what would be Maddie’s twelfth birthday (May 12th), it’s notable to see a resurgence of interest in her disappearance. I’ve written in the past about some of the ridiculous ‘evidence’ in this case, namely on the Photofit Phantom…


https://thesignificanceofr.blogspot.com/2013/10/photo-fit-phantom.html
Here is the link to a tiny part of it, the infamous and mostly forgotten photofit of a suspect known as ‘Egg Man’.

There is so much information to be found online that I won’t repeat here. But a basic Google search will find you some convincing interviews, and the truth about missing children around the world. Maddie’s case is altogether a great mystery because nothing can be tied down. There’s plenty of information (accidentally on-purpose) hidden from the mainstream public access. If you’re really interested, you need to dig a little deeper than a sensationalistic Netflix serial.
I’ve not yet seen this Netflix ‘diamond’ of a documentary, but no doubt can pretty much guess what will be in it, having studied the case in its entirety since 2007, communicating with real investigators in the case, and actually reading the transcript of the Police interviews at the time.

Try looking for intriguing pieces about how Kate and Gerry McCann answer those questions from journalists all over the world when asked if they killed their daughter, or the Cadaver Dog evidence, where statistically, a shocking conclusion may be drawn... a clue to the mantra you hear often in this case that sadly... ‘Dogs don’t’ lie’. 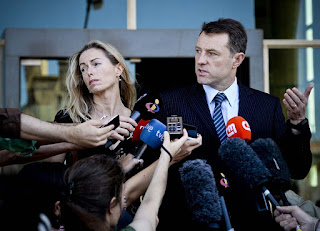 I would love for some amazing miracle to occur… for Maddie or Madeline to come walking into a room full of reporters, glaring lights, microphones swinging, and an internet live stream of ‘Breaking News’ flashing across the wide screen. For her to say ‘I know my first name is Madeleine’… but somehow this is one of those miracles that is just not going to happen.

Out of the Blue

New Zealand, what an awe-inspiring place. So far away from England's usual holiday traps, and a rare choice for the timid explorer. With its magical vistas, and fantastical cinematic landscape, its a Bucket-List destination. Sadly, like any other 'developed' country, it has its share of controversy too, and isn't shy to deal its hand on the world stage when it comes to conflict and political shenanigans.

From a synchromystic point of view, it's clear to see that there is a lot of symbolism happening right now with the latest news out of New Zealand. Others can probably explain the meanings, strange coincidences and the correct gematria angle.

However, I too have noticed the symmetrical or numerical occurrence of the letters in the name of the latest (anonymously funded) 'faux neo-Nazi' terrorist: Brenton Tarrant...
B r e n t o n T a r r a n t = 14 letters

(not including a middle name here)

Meaning of Tarrant = English topographic name for someone living on the banks of the Tarrant river in Dorset, England, of which the name is of the same origin as Trent.
Meaning of Brenton = is an English place name and surname. The surname Brenton indicates that one's ancestors came from a place called Brenton near Exminster, Devon, England, the original meaning of which was "Bryni's homestead". Bryni was an Old English given name based on the word bryne, "flame".
There appears to be a link with Turkey/Turkish President having been mentioned/written in the so-called Manifesto of the, suitably monikered, 'Facebook Terrorist'. (Facebook: because he live-streamed his killing spree through his Facebook page, causing an outcry and lots of hand-wringing towards Social Media sites for not stopping him, or removing the video in time*)

*What many journos fail to understand is that the internet doesn't work like that! We'll discuss this some other time.

I have no idea what these names could signify, but when put together they seem odd and strangely coded in symbolism.


From online news media November 2015: Fed up with its flag being confused with Australia's, New Zealand unveiled four possible options for a revamped ensign - and none of them feature the Union Flag.
Three of the designs that made the shortlist, from more than 10 000 entries submitted by the public, feature the native silver fern, already the country's unofficial national emblem.
The fourth depicts a koru, or unfurling fern frond, a traditional Maori symbol of new life and beginnings.
The Prime Minister at the time, John Key, who instigated the NZ$26m (£10.75m) flag-changing exercise, is a fan of the silver fern, already used as a logo by the All Blacks rugby team and other national sporting outfits. However, many New Zealanders were underwhelmed by the final four designs, chosen by the excitingly named Flag Consideration Committee.


N.B. This post is named after a 2006 movie which took its premise from a massacre that occurred in a small seaside village in New Zealand. The horror of that event seemed like a long time ago until Friday's out-of-the-blue terrorist incident in Christchurch. Looking into the tranquil psyche of the nation, it's amazing to see how the population cope with the grotesque. It's apparent that wounds do eventually heal, forgiveness is possible, but scars remain. 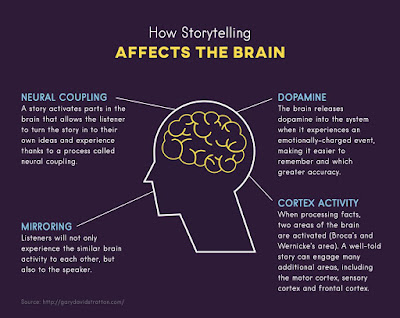 Today I fell down the ‘synch-hole’ – I sank whole into a Synchronistic vortex. I was taking a break from having to deal with the daily cataloguing of confidential stories of child abuse, which permeate my current career path, and trying to forget that I made the mistake of watching that unethical documentary on Channel 4 about Michael Jackson and his latest batch of accusers.


I decided to take a break from editing to just read up on missed blog posts in the Synchromystic online community. I came across Kubrickology again, https://en.wiktionary.org/wiki/Kubrickologist#English  and Loren Coleman’s musing on the subject over at Twilight Language Blog - http://copycateffect.blogspot.com   I admit I got bored because I’ve read it more than I should, so turned on the TV to be slap-bang in the middle of a documentary about, you guessed it, Kubrick, or rather his right-hand man Leon Vitali.
Wow, another one of those crazy coincidences. To split the day, I popped out of town for a few hours, and decided to travel by train. On boarding the carriage, I heard someone calling my name. I turn around to discover an old school friend, someone I haven’t seen in 35 years.
The choice to travel by train today was a last-minute decision. All hail the fates, as I discover my old friend still lives in the area that I had returned to after 20 years, although I’d never bumped into her until today.
By coincidence my friend began to describe how she use to work for the same organisation I now work for. Hold the front page! It gets weirder. She goes on to tell me what a terrible time she had at my work-place with the exact same people that I am working with, only she knew them years earlier. As it turns out, we have strangely moved along the same life-path… I ponder this coincidence. She (from my past) is talking to me about people from her past that are now my present.
Synchronicity never ceases to amaze! 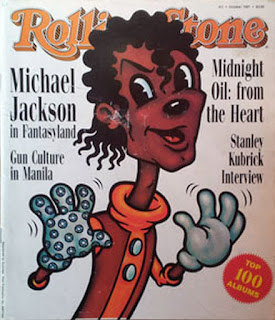 As a side-note to this synchronistic episode, Stanley Kubrick’s Civil War Trilogy ‘Downslope’ to be directed by Marc Forster, who also directed ‘Finding Neverland’.
Also...
For some interesting truths on the MJ affair - check out http://www.damienshields.com/what-the-media-refuses-to-tell-you/#comment-248253
Posted by ... at 1:43 PM No comments: