Lost Nora and Dora in the Golden City of Predictive Programming

Warning: this latest post may offend - approach with caution!

You may be familiar with recent sad news of an Irish teenager (Nora Quoirin) who was reported missing in Malaysia while on holiday with her family. On the morning of her first day at the Seremban Dunsun resort, on Aug. 4th, in a remote area of the Malaysian Titiwangsa Mountain range, she mysteriously disappeared. Police believed she may have exited her 1st floor cabin bedroom through an unlocked window, and vanished into the jungle. This despite her reported physical and mental limitations was the official line. Her parents stated to the contrary, that they believed she had been abducted. A widening search ensued to locate her, with rescuers, law enforcement and locals searching 24/7 to no avail. 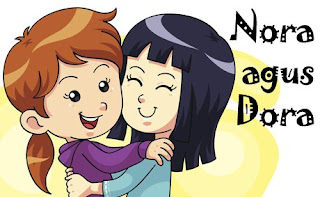 These events have been documented extensively, and updated constantly by the British media, and on the 13th Aug. the predicted and tragic outcome to this was announced. Nora was found deceased near a waterfall in a dense jungle ravine, only a mile away from the resort. A location which had been previously searched to the astonishment of all.

The British tabloid press has been busy with headline after headline about this heart breaking story. I have wondered if perhaps there was a diabolic element and synchronicity at play with this traumatic event thrust into the public's psyche.

Nora wandering ALIVE for a WEEK before she died from internal bleeding caused by starvation after she got lost in Malaysian jungle, post-mortem reveals, as police say there is no sign she was kidnapped


Man who found body thinks she walked through river


National deputy police chief Mazlan Mansor had earlier told reporters at a press conference that a body which "resembles Nora" had been found. He said the body "was not in any clothings".
Elite commandos join hunt for missing girl, 15, in Malaysian jungle 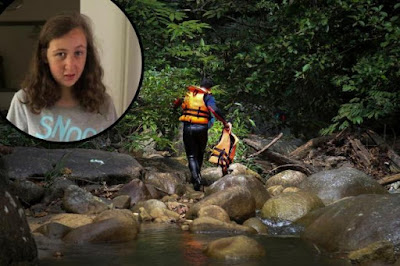 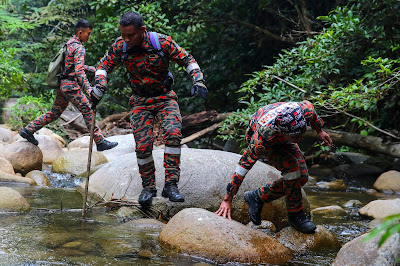 The strangeness of Synchronicity comes into play with these images married to the Dora the Explorer live-action movie release and the reports of this missing girl named Nora.

The below written by Dahria Beaver, Ohio State University, (2018)
Predictive Programming is theory that the government or other higher-ups are using fictional movies or books as a mass mind control tool to make the population more accepting of planned future events. This was first described and proposed by researcher Alan Watt who defines Predictive programming as “Predictive programming is a subtle form of psychological conditioning provided by the media to acquaint the public with planned societal changes to be implemented by our leaders. If and when these changes are put through, the public will already be familiarized with them and will accept them as natural progressions, thus lessening possible public resistance and commotion.” (Wood)

Synchronistic Whaley of a Time!

The news is yet again full of Synchronistic headlines that get you scratching your head at the astronomical calculations that are needed to predict them! Here are a few that seemingly appear worlds apart yet connected.

Whaley Bridge Danger as reported by The Guardian.online…

Last Thursday, as water rushed over the dam wall holding back the Toddbrook reservoir, a lone Canal & River Trust employee fought against the deluge, desperately trying to lower the water level.
Heavy rain had led to an excess of water cascading over the spillway above the town of Whaley Bridge in the Peak District. This would not normally be an issue, but as the torrent continued the spillway started to erode and concrete ballasts began to rip away.


As it became apparent that 1.2m tonnes of water could engulf schools, homes and businesses in the town below, the manager of the local bowling club, who has a direct view of the dam from his home, raised the alarm and police officers and firefighters raced to the reservoir.
Engineers were soon on the scene and Toddbrook sailing club quickly became a temporary command centre. Drone footage was examined and just a few hours after the leaks were spotted, thousands of residents were evacuated from their homes.
Mayor Whaley of Dayton, Ohio, gives us the updates on the latest shooting massacre – her name appeared on the top of the screen as live updates on the ticker scroll across the bottom telling us that Whaley Bridge is still in danger of collapse and it could be a matter of hours away from a catastrophic loss’.

Dayton, Ohio was seconds away from a “catastrophic loss of life”, the city’s police chief said. Nine people were killed and 27 injured by Connor Betts, 24, who opened fire on revellers as they were leaving bars in the Oregon district of the city.


On the anniversary of the Apollo Moon Landings, the BBC news gives us an insight into the UKs involvement…. Fifty years ago, 650 million people around the world sat transfixed to their TV screens as man stepped on the Moon for the first time. (Neil Armstrong - a Ohio native)

Back on Earth, four scientists at Jodrell Bank Observatory in Cheshire were keeping a close ear on events unfolding on the lunar surface - and with good reason.

The Apollo 11 crew were not alone. Sir Bernard Lovell and his team were officially tracking an unmanned Russian space probe in orbit around the Moon at the same time.

It has been at the forefront of astronomical research since its inception in 1945, the site in Cheshire is part of the University of Manchester. It is dominated by the landmark Lovell Telescope.

It joins the ancient Iraqi city of Babylon and other locations that have been added to the prestigious list.

The UN World Heritage Committee is meeting in Azerbaijan until 10 July to decide on the latest sites to be given the honour - awarded to areas considered to be important for the whole of humanity, which will be protected by international treaties.

Scientific research began at Jodrell Bank Observatory in 1945 when the physicist Sir Bernard Lovell came to the University of Manchester.
The site pioneered the then new science of radio astronomy, which used radio waves instead of visible light to understand the universe. 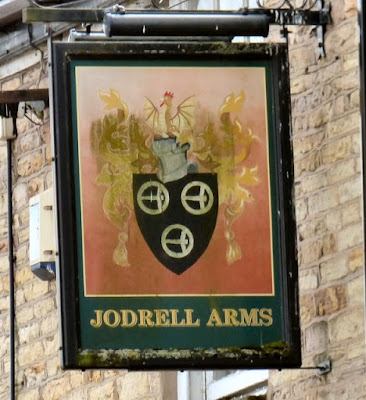