Tales from the Crib

The news is full of quite dramatic, depressing and rather sad events. When strange tales like these appear, shiny, Christmas-light-entangled antenna, start twitching! I apologize in advance for any offense that may be taken by the following item about dead babies everywhere...

A vicar and his daughter are being held on suspicion of murder after a baby's body was found at a Lancashire house.

Police made the discovery after reports of a woman giving birth to a stillborn baby boy in Freckleton. The 28-year-old, named locally as Ruth Percival, was taken to Blackpool Victoria Hospital for treatment and later released.

She was arrested on Tuesday with her father, Reverend James Percival, 64, of Holy Trinity Church in Freckleton.

The body of a new-born girl has been found in a wheelie bin in North Yorkshire. The baby was found by a man in a communal waste area at the historic market town of Richmond on Monday afternoon.

"It is highly likely that the (missing) mother is in a very distressed state and needs professional support. We urge her to contact the police or medical staff as a matter of urgency as her health and well being is the priority."

POLICE have issued an urgent appeal for help to find a mother and her four-day-old baby who have gone missing in Bristol city centre.

They say Charlotte Bevan was not wearing any shoes when she left St Michael's Hospital shortly after 9pm tonight.

A message on the Avon and Somerset police Facebook page said: "We have serious concern for the welfare of her baby."

"We have officers searching the area near to the hospital but need your help to find mother and baby - we are worried because neither are dressed for the cold night."

She is thought to be wearing a black top and black trousers but was not wearing a coat.
Police added: "She may appear confused and worried." 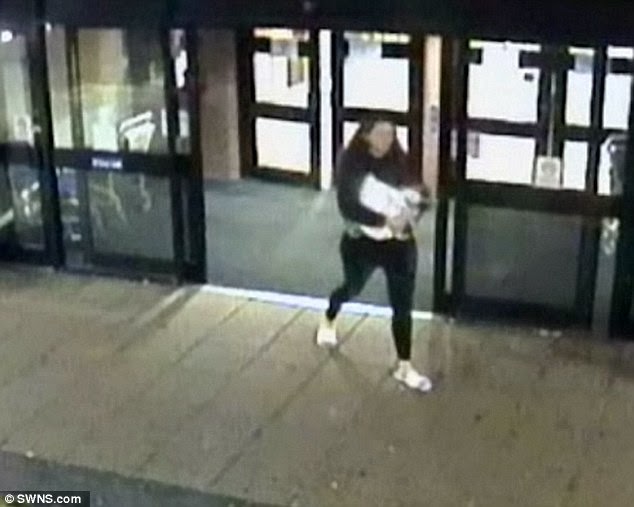 The stories appeared so quickly, one after the other, and details of the latest case of missing (found dead today) mother Charlotte Bevan and her baby, (now also found dead) are full of strangeness, you have to wonder what dark forces lie behind them.


Police desperately searched all night for Charlotte, who walked out of St Michael's Hospital with daughter Zarnee Teanna around 8.30pm to 9pm last night. Boyfriend Pascal Malbrouck told the Bristol Post that 30-year-old Charlotte Bevan was happy before she gave birth but had become increasingly sleep deprived over the last few days.
But he said he could think of no reason why she would go missing.
Pascal, who comes from a remote French-owned island in the Indian Ocean, posted a message on Facebook saying: "My daughter has gone missing with her mum Charlotte Bevan.

A BRISTOL mother who yesterday walked out of a maternity hospital with her four-day-old daughter suffered from schizophrenia and depression, according to her boyfriend.

Charlotte, according to her Facebook page works for environmental charity Good is Planet Earth.


Addition:  Dec. 4th - FIREFIGHTERS were called to a small fire at St Michael’s Hospital today.
Three resilience crews attended the incident at the maternity hospital in Kingsdown at 9:54am. It is believed the blaze was caused by an electrical fault involving a socket.

A newborn baby boy was found dead on a moving conveyor belt at a waste recycling plant after he was thrown out with the rubbish, an inquest heard today.

The body was discovered by a horrified worker operating a picking line at Associated Waste Management in Shipley, near Bradford, West Yorkshire.

At the time, the worker was separating mixed household and business waste including glass and paper.

Add the statistics of dead babies in the news from your own location, and we have a veritable 'creche of dead babies' stories... what on earth is happening?


More to follow... watch this space as I attempt to tidy up!