Syria - before it became Mordor - Part 1 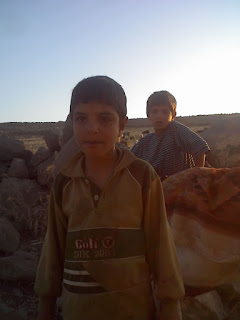 I have spent time in Syria and can speak from experience of the place. I’ve met people, talked with them, travelled in the city of Aleppo and to rural areas, seen the diversity of cultures and belief there. I also saw a country woefully in need of some international help for development, to reduce poverty. The previous sanctions have obviously taken their toll on the place. It needs new infrastructure, new technology, investment, and hope for the future.

As I walked around the city I heard ladies dressed in the Hijab, everything covered, hands and faces. But they spoke with perfectly formed British accents. They talked about restaurants and shoes. No sign of extremism. Taxi drivers and waiters always smiled and seemed happy to speak to me, even though the secret police followed me and my travelling companions around the city.

“It’s like getting in a time machine and travelling back thirty years!” proclaimed one member of my group, as we jostled in our taxi seats while our driver Khaled careered over another of the potholes that decorated the narrow road towards the village he was venturing to.

We had met Khaled on the morning of the first day that we arrived in the city. He was the smiling one at reception. ‘Anything you need, ask me’ he told us. We smiled back and repeated ‘thank you thank you’, like the annoying tourists that we were.

We wanted to change currency and Khaled told us that Muhammad his colleague could help us out. Muhammad led us into a tower-block on the opposite side of the street. At first the hallway, with its ivory marbled walls and stairs gave the impression of a modern shopping-mall entrance, as we turned a corner and up a couple more stairs we realised that the entrance was for ‘show’. We were headed to the 5th floor, via the backstairs, the metal-caged lift wore an ‘out of order sign’ and the walls lost their marble, being replaced by some DIY concrete and plaster patches.

We reached the upper echelons and were greeted by a burly cigar smoking Syrian Arab in sand coloured suit, with the stereotypical sweat patch camo design. We got our currency without the bank charges and were ready to spend it!

About 40m kilometres away from the historic bustling Aleppo streets, Khaled drove us along a road that tapered off into a dirt track several times before reappearing intermittently whenever a mud-brick building appeared. We were bumping around that car as if we were on a fairground ride. Fast high-pitched Arabic music played on the radio. It was our soundtrack and we loved it.

After several stops on the way to ask directions, and allow wannabe Formula 1 racing contenders in their Hyundai-Hondas to over-take us, we arrived at the nameless settlement. Fences that were obviously home-made separated the property from the dirt-track. Mud-brick cattle shed and an igloo shaped house with wooden door, a rectangular concrete bungalow complete with veranda two metres to the right of it. A little girl stood and wondered what these strangers wanted, disappearing into the building to tell her parents. Out comes grandmother, she too in wonderment at the visit of these strangers.

Khaled asked the father to show us his farm and the outhouses. He laughed at us as if to say, ‘Mad westerners, it’s just a farm like any other’. He beckoned us to follow him to the field to pick cucumbers, like we had never seen them before. It was quaint and silly, but at the same time it was wonderful to see people living with such simplicity, totally without fear of strangers.

When I watch the news stories and think back to my time in Syria I feel nothing but outrage. I don’t recognise anything I am seeing in those videos, neither the faces, nor the clothes look like the Syrians I recall. I guess it was coming, the inevitable ‘intervention’ of the Americans/UN.

But Syria is not Libya, nor is it Egypt. The so-called ‘activists’ are not home-grown at all. They are imports from the west… those snipers shooting children in the street in broad daylight? Who are these people? I am not there now so I have no idea what is really going on. But one thing is for sure, someone is lying.
Posted by ... at 3:10 AM

Good to get real info on Syria.

Thanks Aangirfan! I really appreciate your comment. This post is actually part of a longer piece of writing from 2009, about my time in Syria. I may post the rest later.

I am feeling kind of numb at the moment. I remember that when I was in Syria for work in the past I had suspicions about 'weapons smuggling for Hamas' into the country by my former bosses under the guise of 'concert equipment' - It was just a suspicion, no proof, and I wrote about it in an earlier post. Now I am wondering if all those weapons being used by the so-called 'Free Syrian Army' are partly from that shipment, allegedly! ;-)

I find your site very informative and THANKS for mentioning Cyprus! I have added you onto my Blogroll!